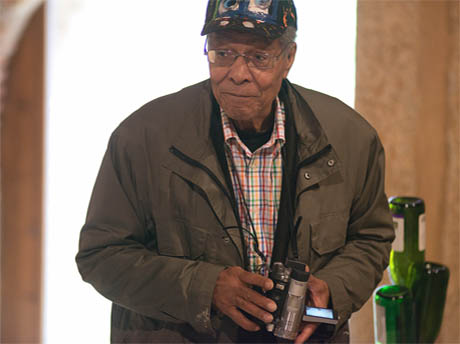 From 1956 to 1960, he worked as a double bassist at the Halifax Symphony Orchestra and the US Army’s 7th Army Symphony Orchestra. In 1960, he moved to Cologne, Germany where he became active in the most radical contemporary music scene focusing his activity at Mary Bauermeister’s studio and “against the festival”. Between 1960 and 1962, he played in Cologne, Paris, Venice, Vienna etc… while still taking part in the first Fluxus Festival in Wiesbaden (1962). At the end of 1965, after returning to New York and receiving his master’s degree he decided to retire from art and live a “normal” life. After quitting artistic activity, he continued his career in art as the Assistant Director of the Department of Cultural Affairs for New York City. In 1988, he left his retreat with a solo exhibition of new assemblages and installations at the Emily Harvey Gallery in New York. He took part in several Fluxus Festivals and exhibitions.