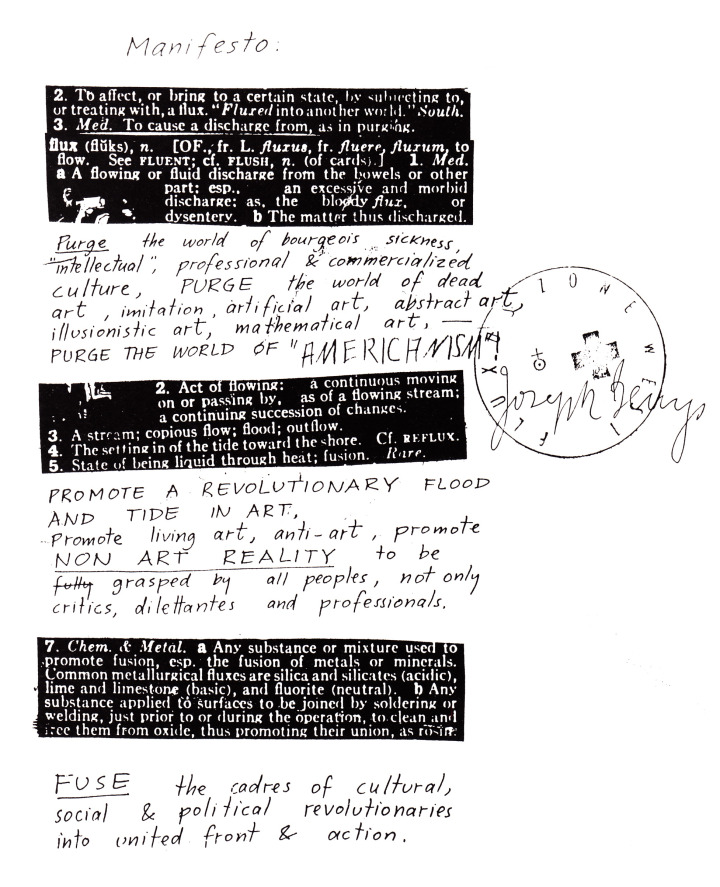 Fluxus—a name taken from a Latin word meaning "flow, flux" (noun); "flowing, fluid" (adj.) —is an international network of artists, composers and designers noted for blending different artistic media and disciplines in the 1960s. They have been active in Neo-Dada noise music and visual art as well as literature, urban planning, architecture, and design. Fluxus is sometimes described as intermedia.

"...purge the world of bourgeois sickness, ‘intellectual’, professional & commercialized culture ... PROMOTE A REVOLUTIONARY FLOOD AND TIDE IN ART, ... promote NON ART REALITY to be grasped by all peoples, not only critics, dilettantes and professionals ... FUSE the cadres of cultural, social & political revolutionaries into united front & action."
George Maciunas.

The Fluxus movement... developed its 'anti-art', anti-commercial aesthetics under the leadership of George Maciunas. Fluxus staged a series of festivals in Paris, Copenhagen, Amsterdam, London and New York, with avant-garde performances often spilling out into the street. Most of the experimental artists of the period, including Joseph Beuys, Yoko Ono and Nam June Paik, took part in Fluxus events. The movement, which still continues, played an important role in the opening up of definitions of what art can be. 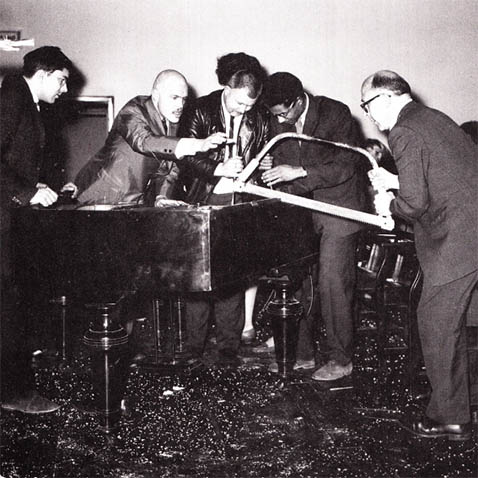 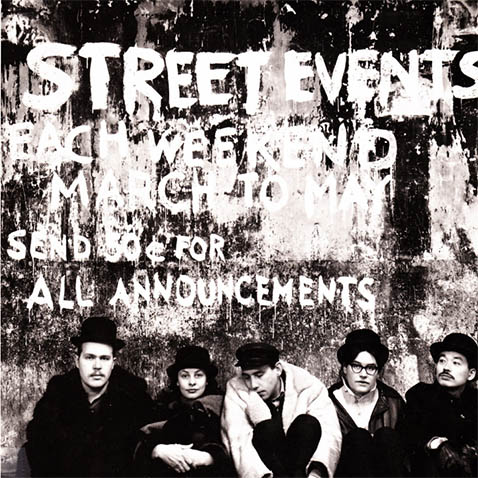 Fluxus artists shared several characteristics including wit and "childlikeness", though they lacked a consistent identity as an artistic community. This vague self-identification allowed the group to include a variety of artists, including a large number of women. The possibility that Fluxus had more female members than any Western art group up to that point in history is particularly significant because Fluxus came on the heels of the white male-dominated abstract expressionism movement. However, despite the designed open-endedness of Fluxus, Maciunas insisted on maintaining unity in the collective. Because of this, Maciunas was accused of expelling certain members for deviating from what he perceived as the goals of Fluxus.

Many artists, writers, and composers have been associated with Fluxus over the years, including: