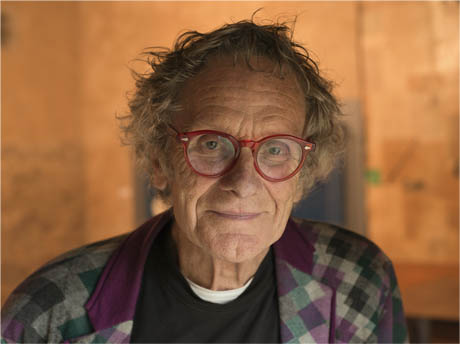 WILLEM DE RIDDER visited Nam June Paik at the beginning of the sixties and told him about his project. He brought some of the young Dutch composers together to introduce a new kind of music. Nam June was fascinated and said: “You are Fluxus”. Willem did not understand what he meant and Nam June did not explain. He was later phoned by George Maciunas who said: “You are Fluxus!” and invited Willem to take part in the very first Flux event in Amsterdam (1962) where he met Wolf Vostell, Dick Higgins, Nam June Paik, Alison Knowles and others.

He organised several big Fluxus concerts in The Netherlands and George asked him to become the Fluxus Chairman for Northern Europe. He took part in many flux events, exhibitions, performances, and concerts all over the world and to this day, all his other projects are still very fluxed.